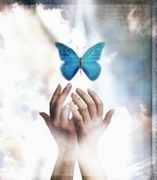 I have started this group for people who like myself have suddenly, tragically and traumatically lost a loved one.

My mom died 8 weeks ago (August 17, 2009) She had been sick but I did not know the true extent of her illness. Her doctor knew she did not have long and I went to each doctor visit and talked to him at the hospital and he never told me and I do not believe mom knew either. I am not sure.

I found my mom sitting up on her bed and I know I knew she was gone. I still am in deep shock and cry occasionally but only a minute or two. Then I am back to not feeling or feel numb.

Loss of boyfriend due to motorcycle 3 Replies

Hello everyone, my name is Brittany. I am new to this and not quiet sure how this works. My therapist pointed me in this direction so i thought i would give it a try. I am 24 years old from…Continue

New to the Group

Hello All-I am a new widow as my husband passed away April 21, 2018 at the age of 49. He suffered a heart attack and had no previous history of any heart conditions nor does it run in his family.  I…Continue

Hi. My name is Cristal. I lost the love of my life on July 2nd. He had leukemia and had no idea. I begged him to see a doctor in the months prior to his death but he would not do it. He also suffered…Continue

Hi Everyone, My name is Carlyn, and I live in the Ft. Lauderdale area. I joined this site because a very dear friend of mine was killed in a hit-and-run accident in May. My friend Rick, whom I called…Continue

You need to be a member of Traumatic, Sudden Loss to add comments!

My name is Sharron and I lost my fiancee and life long partner of 36 year in a tragic auto accident. I was with him 8/3/22 in the am and he was in a coma in the pm. He never came out of the coma. He was in a coma for 8 days and for 8 days I fought like hell for him. To add insult to injury his family has taken over every aspect of the life he built and because I was not his wife, I am basically now nobody. So I lose the love of my life and I get push aside as if I never existed. It is not about money and things for me it's about acknowledging that we loved each other and we were in each other's life. I am angry and bitter and numb and feel like the life has been sucked out of me. I am the walking dead and I don't think I will ever feel again. My birthday is coming up and it has no more meaning to me. Just another day.

Hello, I'm Penny, I too have lost some one suddenly and tragically. He was my 34 year old husband, and his name was Jeremy James Atwell; he passed away 2 months and 2 days after my father.

I tend to tell people that, "Jeremy went to North Dakota for work, but never returned", because that's exactly how I feel. No, that's not true, I feel more like we started a fantastic movie, paused it along the way for a break, and we haven't yet returned to watch the end of it.

The morning he left, the only person in our vehicle was my husband, and when he hugged me goodbye, I felt his insides trembling. Fear, y'all, something I'd never experienced from my husband in the 16 years we'd been together, but I ignored it. I chocked it up to "new job jitters", and waved from the steps of our RV.

When I spoke to Jeremy during his trip, I never heard anyone else talking in the background, but apparently, a friend was with him. After three days of being awake and driving, Jeremy relinquished driving privileges of the Acura to Meredith, and he reclined in the passenger seat where he fell asleep.

According to what the Accident Investigators could devise: Meredith had been driving long enough that she was comfortable with the area (though she'd never been on to North Dakota), she picked up her phone (before one in the morning), and began texting her daughter. After her phone was found, it was determined they'd been texting less than 10 minutes when Meredith lost control of the Acura as she tried to maneuver it through a sharp s-curve, and the vehicle rolled off the highway.

My husband and his friend passed away that morning in a senseless car accident caused by distracted driving prompted by texting on a phone. PLEASE, your life and the lives of others, are more important than that text message. IT CAN WAIT!

You don't want to know the loss associated with this type of loss because quite frankly, they did not have to die.

tramtik for evry 1 it mon

Tomorrow would have been my honorary little brother Rick's 30th birthday. It's going to be a very difficult day for me. However, I will honor his memory by going to a local bar with some friends and toasting his life. I'd love to be in Boston for his birthday, but that is not financially possible. So, I'll celebrate with my friends down here in Ft. Lauderdale.

Comment by Michaela waldier on October 16, 2017 at 2:54pm
Well, the finality of it all has set in;recieved my hunni's ashes and death cert finally from Alaska.He's been gone 9 weeks. Im no longer angry,im moving towards finding a happy medium, didnt have the luxery of laying around in defeat,have to be strong for our 3year old..spread a little of the ashes around our motorhome today..will do a fire ritual tonight and pour the ashes over it..i will forever miss him but i feel strong enough to let myself heal

We lost our only child six months ago, she was 22 when she was killed through no fault of her own in a crash.  Someone lost control of his car and went head on into her.  She died instantly thank god.  Has anyone else experienced the sudden loss of an only child?  Its getting harder as the realisation is sinking in.

Thanks Stewart. I know I couldn't have known she was gonna die. Nobody did.  I try to tell myself that on my bad days. But grief is a funny thing. We know that our thoughts are irrational and doesnt' make sense, but we can't help feeling that way.    The what ifs wont change anything,. as much as I wish it did.   Maybe I couldn't have saved her, maybe she would've died a day or a week later. Who knows.. but that thought will always be in the back of my mind...  Even if I had her for only a month more, it would've been worth it...  Thank you for what you said, it kinda put things in perspective a little bit.   I try to tell myself everyday it isn't my fault.   Hopefully, one day I'll even believe it.

Crystal, sorry to hear about you mum.  I can say from my own experience, would of, should of, could of is not worth the time and energy it takes to ponder.  Just ask yourself if what you did or think you didn't do you then, did you do any of it with the intention to harm or hurt her?  Someone said to me once  I did the best I knew how at the time and it isnt fair to myself to go back and 2nd guess myself now because what I know now I didn't know then.  And secondly, even if you had anything different and maybe had bought some time, there is now way you will ever know what might have happened the next day, or the next.  Somehow we we want to believe we have control over life and death and we don't.  Im sorry if this sounds a little blunt but I know first hand I beat myself up for a long time with those thoughts and at the end of the day the truth is there is no way I know had I done anything different that something else wouldn't have taken her the next hour or day.

Lost my mom suddenly three months ago. She had kidney failure but was hospitalized for a foot infection and found out she had end stage heart failure and died from it within a week. I feel angry at everything and everyone.  I blame myself for her death. Was her caregiver but didn't do a great job of it.  Wholeheartedly believe she would still be here if I had taken her to the hospital sooner. Life fees empty. I don't enjoy things anymore. I'm angry at my family. at myself. Don't know how I can go on.

Livia Benedetto is now a member of Online Grief Support - A Social Community
8 hours ago
Welcome Them!

V. R. replied to Roslyn's discussion learning to cope with my loss
"Ros, I've just sent you a message to your inbox."
14 hours ago

Lizabeth Kahn is now a member of Online Grief Support - A Social Community
Friday
Welcome Them!

Moving Through the Seven Stages of Grief

When a heart breaks, you’re left gasping for air. After a while you seem fine, yet fall apart unexpectedly at random moments, sanity seemingly forsaken. There’s a saying that when a heart breaks, it cracks to allow golden love to shine through onto others. Do you see the value in going through this?It may not feel like it now, but grief is an honor. It is an honor to feel that much, to have loved that much. It teaches you compassion, gratitude, resilience, and the importance of grabbing life by…See More
Thursday
0 Comments

Jessica is now a member of Online Grief Support - A Social Community
Thursday
Welcome Them!

Yavonne Brooks is now a member of Online Grief Support - A Social Community
Sep 27
Welcome Them!

Roslyn replied to Roslyn's discussion learning to cope with my loss
"Hi Enza This is a very early response to your email I know, but my sister is arriving today for 2 or 3 days.  I have to admit to being nervous.  First time having someone stay since I lost Pete. Plus, she will be sleeping in the bed he…"
Sep 26